Controversy and this time, Clint Bowyer is in the middle of it.  With 7 laps to go, Bowyer spun out coming out of Turn 3.  Early thought was Earnhardt Jr. has taken the air off of Bowyer’s already loose car.  However, a spin was about to take bring the caution out, cutting into Keslowski’s lead by bring the field back together, and allow Edwards to take the lead on the restart.  With Edwards winning and Keslowski dropping back, this allowed from Bowyer teammate, Truex, to make the Chase. Ahhh…team orders.

The weather was great all weekend, as forecast. 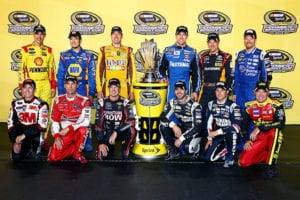 In 1982, the Busch Grand National series was found.  31 years later, they’re celebrating their 1,000th race.  Brad Keslowski grabbed the lead on a late restart on Lap 240 and went on to win this historical race.  This win also continues a streak by Sprint Cup regulars to win in the Nationwide Series. 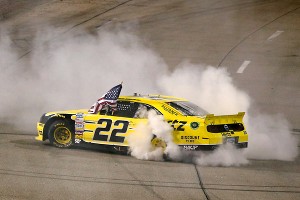 Matchups may decide Chase SpotsWritten by Steven B. WilsonKurt Busch versus Jeff GordonMartin Truex Jr. versus Ryan NewmanThose aren’t just idle propositions at a Las Vegas sports book.  In fact, they are matchups with very real and important consequences.Those are the two head-to-head battles… (continued)